Dynamic Programming is a mathematical tool for finding the optimal algorithm of a problem, often employed in the realms of computer science.

During the autumn of 1950, Richard Bellman, a tenured professor from Stanford University began working for RAND (Research and Development) Corp, whom suggested he begin work on multistage decision processes. During the 1950s, Charles Erwin Wilson was the Secretary of Defence for the United States, and as RAND was employed by the U.S Air Force, Wilson was virtually their boss. Wilson, originally an electrical engineer, ironically had a hatred for the word ‘research’, and so Bellman had to come up with an alternative name to hide the fact that he was purely researching mathematics. To convey that Bellman’s research was about planning and decision making, he used the word ‘programming’, and prefixed it with ‘dynamic’, to convey that it was multistage and had time variances [1]. Bellman, due to the aforementioned recommendations by RAND, developed an approach that would break down a large or complex problem into a series of smaller problems. Through solving these smaller problems, the optimal solution to the overall problem is discovered.

The aim of Dynamic Programming is the use of past values for the procurement of a solution to a problem. This is done to avoid unnecessary computation of the same calculation that problems may contain, optimising, enabling computer algorithms to run as efficiently as possible. It aims to find the optimal substructure of a problem (if it exists), and to eliminate any occurrences of overlapping sub problems.

Memoisation , also known as caching, is a technique used in Computer Science, which stores the results of functions and calculations, and uses them if the calculations are needed again. Due to the fact that memory is finite, memoisation is not feasible in all situations, and thus, needs to be used appropriately and sparingly, especially when it comes to large applications. Tail recursion [3], a variant of traditional recursion implements memoisation, which uses memoisation very economically.

Fibonacci: An elementary use of Dynamic Programming

It is named after Italian mathematician Leonardo of Pisa (commonly known as Fibonacci), whom described the sequence in his book Liber Abaci during 1202 AD. It had previously been described in Indian Mathematics, but had not yet encountered the western world [5].

Fibonacci can be described as follows;

This poses a problem. Computing a Fibonacci number greater than two will force overlapping sub problems. 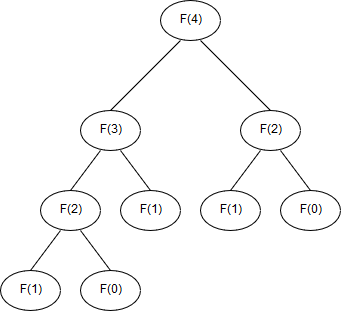 We can use Dynamic Programming (and memoisation) to mitigate these unneeded computations, and define the Fibonacci Number of n as follows;

This approach first checks if we have reached the desired number, if not, it computes the sequence. It will never call a number that has already been calculated, and will instead use memoisation and pass the previous (to the current number we are at) two values to the function to calculate them.

Various economic problems, especially around stage based decision making can be solved through the use of dynamic programming.

Michael Trick describes the following problem. A corporation owning a number of plants has funds to invest, with each of the plants providing a number of proposals of what returns it can provide depending on how many funds it is allocated. This problem can be solved quite nicely with dynamic programming [6].

This is where dynamic programming can come into use. We can employ it to develop a solution that will take into consideration the available funds as well as previously tested solutions.

A solution was developed using dynamic programming to approach this problem, written in C++.

Proposals contain three integers, an index (their position in the plant), as well as their cost, and revenue. These are only set in the constructor and can be accessed but not changed.

This class contains the algorithm. Each state maintains a list of proposals (from the given plant), as well as a map, it’s key the cost, and value the revenue it generates. The stage takes a previous stage (or null if it is the first).

This solution uses Tail Recursion. Each stage does its necessary calculations, then passes its information to the next stage which is the natural solution to the problem. Each stage will asses it’s plant’s proposals compared to the available funds, and then pass its information to the next stage. Whilst the approach finds the best solution, it does not return the proposals used, only the possible revenue and the cost it will require. The map of cost to revenue, implements the memoisation aspect of the algorithm.

Whilst solvable, Trick makes several assumptions. Firstly, his solution assumes that each plant will have a proposal enacted upon, and secondly, that we use all the funds with the remainder not included in the revenue created in the end.

Dynamic Programming is an essential tool for solving multistage problems. It helps find the optimal substructure of a problem where possible, and remove any overlapping sub problems. It is applicable for smaller problems, such as Fibonacci, and larger problems such as economic optimisations. This report is by no means an extensive or advanced approach to dynamic programming, and aims only to introduce the concept of dynamic programming, and explain how it works on a rudimentary example.

The source code can be found here.